The difference between DLP and LCD

The LCD (liquid crystal display, liquid crystal display) projector contains three independent LCD glass panels, which are the red, green, and blue components of the video signal. Each LCD panel contains tens of thousands (or even millions) of liquid crystals, which can be configured to be opened, closed, or partially closed in different positions to allow light to pass through. Each individual liquid crystal essentially acts like a shutter or shutter, representing a single pixel ("picture element"). When the red, green and blue colors pass through different LCD panels, the liquid crystal opens and closes instantly based on how much each color of the pixel needs at that moment. This behavior modulates the light, resulting in an image projected onto the screen.

DLP (Digital Light Processing) is a proprietary technology developed by Texas Instruments. Its working principle is very different from LCD. Unlike glass panels that let light pass through, a DLP chip is a reflective surface composed of tens of thousands (or even millions) of micro lenses. Each micro lens represents a single pixel. 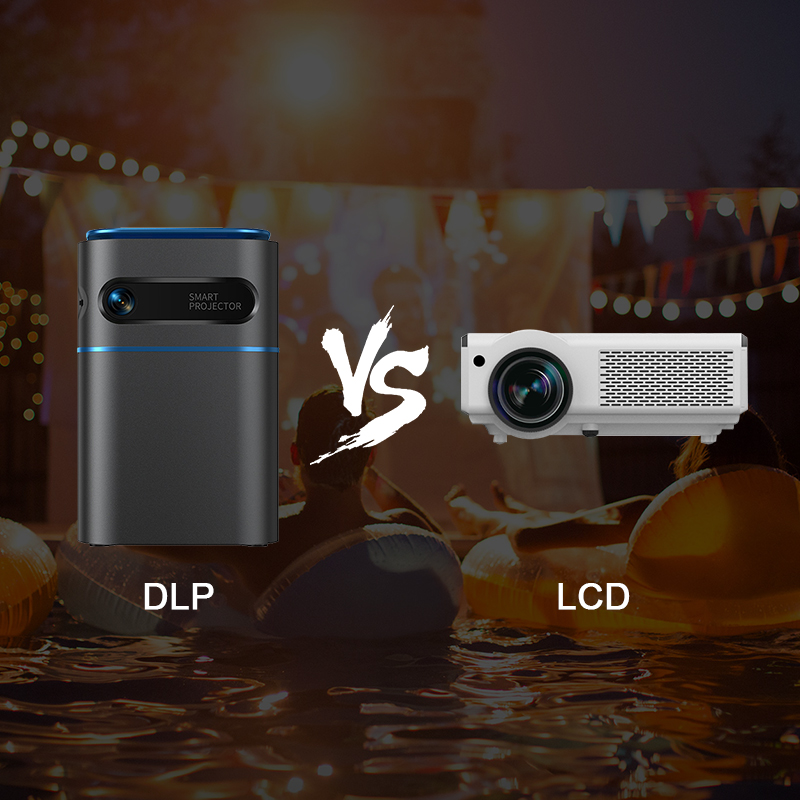